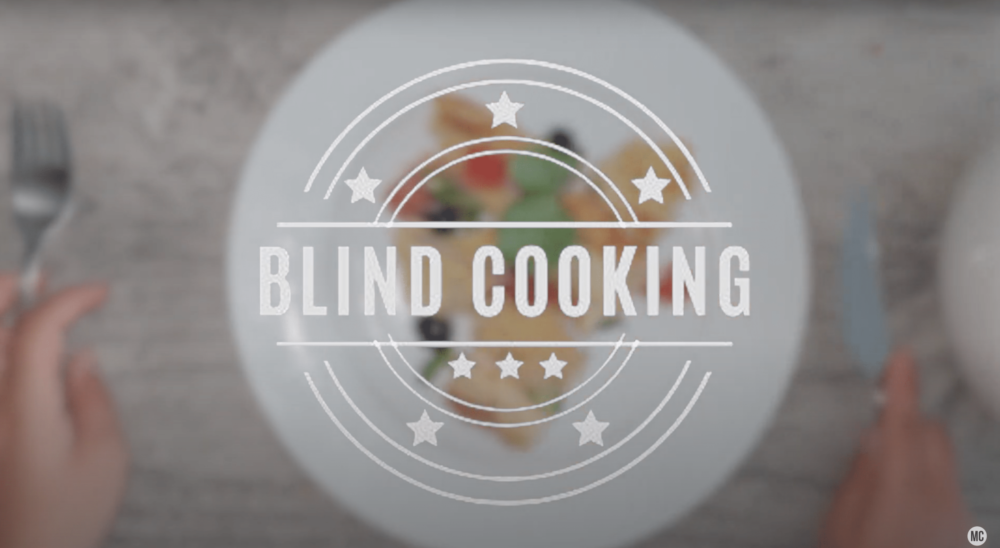 Blind Cooking is an AV-format where 2 students will be competing against each other through cooking. There will be a third student who gives the instructions, these will be verbally given. The 2 cooking student won’t know beforehand which dish they’ll be making, they also won’t be able to see each other as they’re separated by a ‘wall’. Every episode there will be a different culture in the spotlight. The dishes are from these cultures which the third student will be from. While the students are trying to follow the instructions given by the third student, they’ll also get to hear some facts about the dish (like the origin) and the culture it’s from. Blind Cooking is entertaining and educational as there will be enough to laugh about and lots of things to learn about all these different cultures.

In this episode Miranda and Fleur will be cooking a typical Swedish dish with the blind instructions of student Ana.